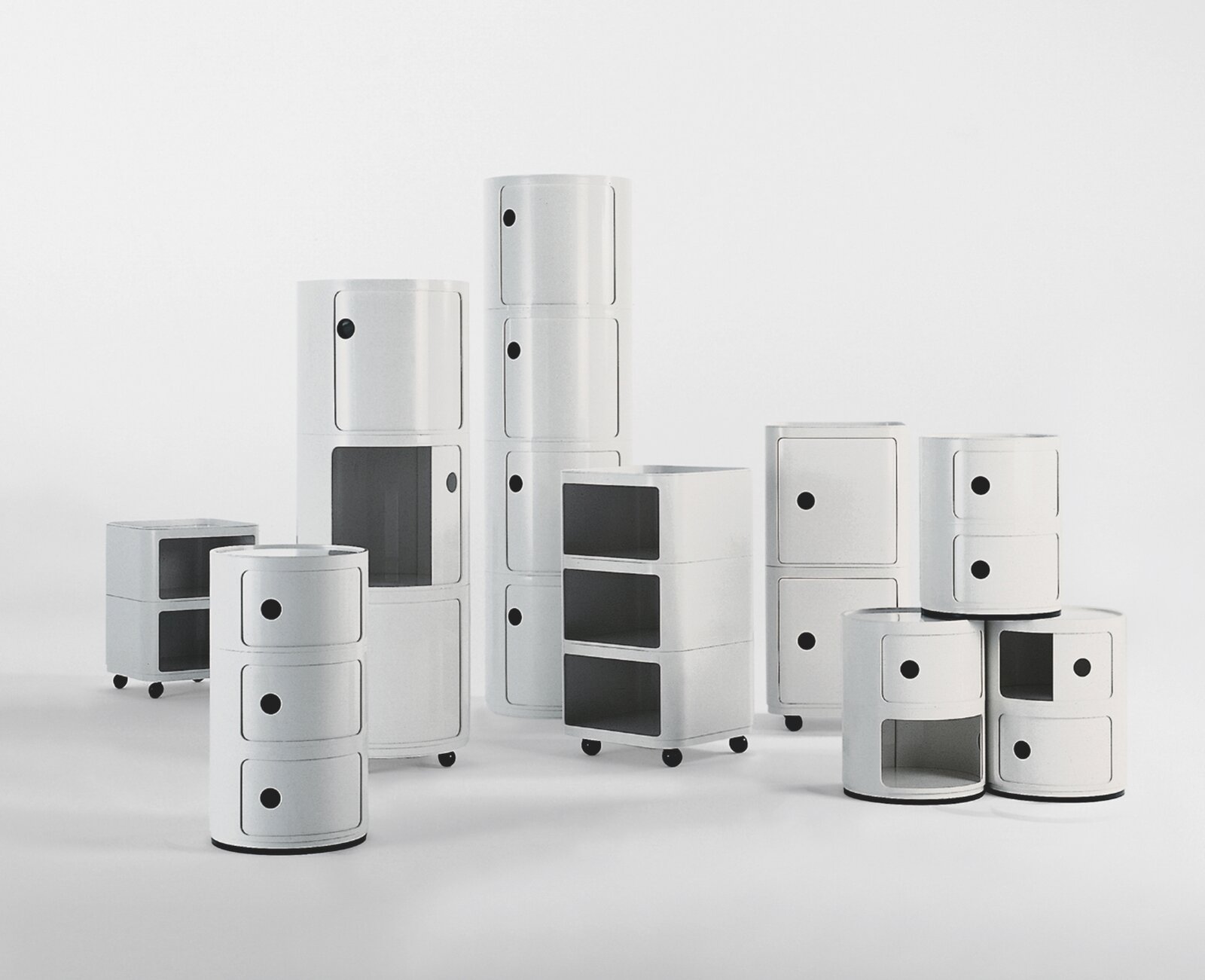 Like many young Italian designers in the early postwar period, Anna Castelli Ferrieri was heavily influenced by European architecture circles. She was the first woman to graduate in architecture from the Politecnico di Milano and founded the plastic furniture fabrication company Kartell with her husband Giulio Castelli. Many of her pieces are still in production, including the popular Componibili Modular Storage System. First shown at the Salone del Mobile in Milan in 1967, it was one of the first products made using the progressive technology of injection-molded ABS plastic, and was designed with an interlocking shape that allowed multiple components to stack.