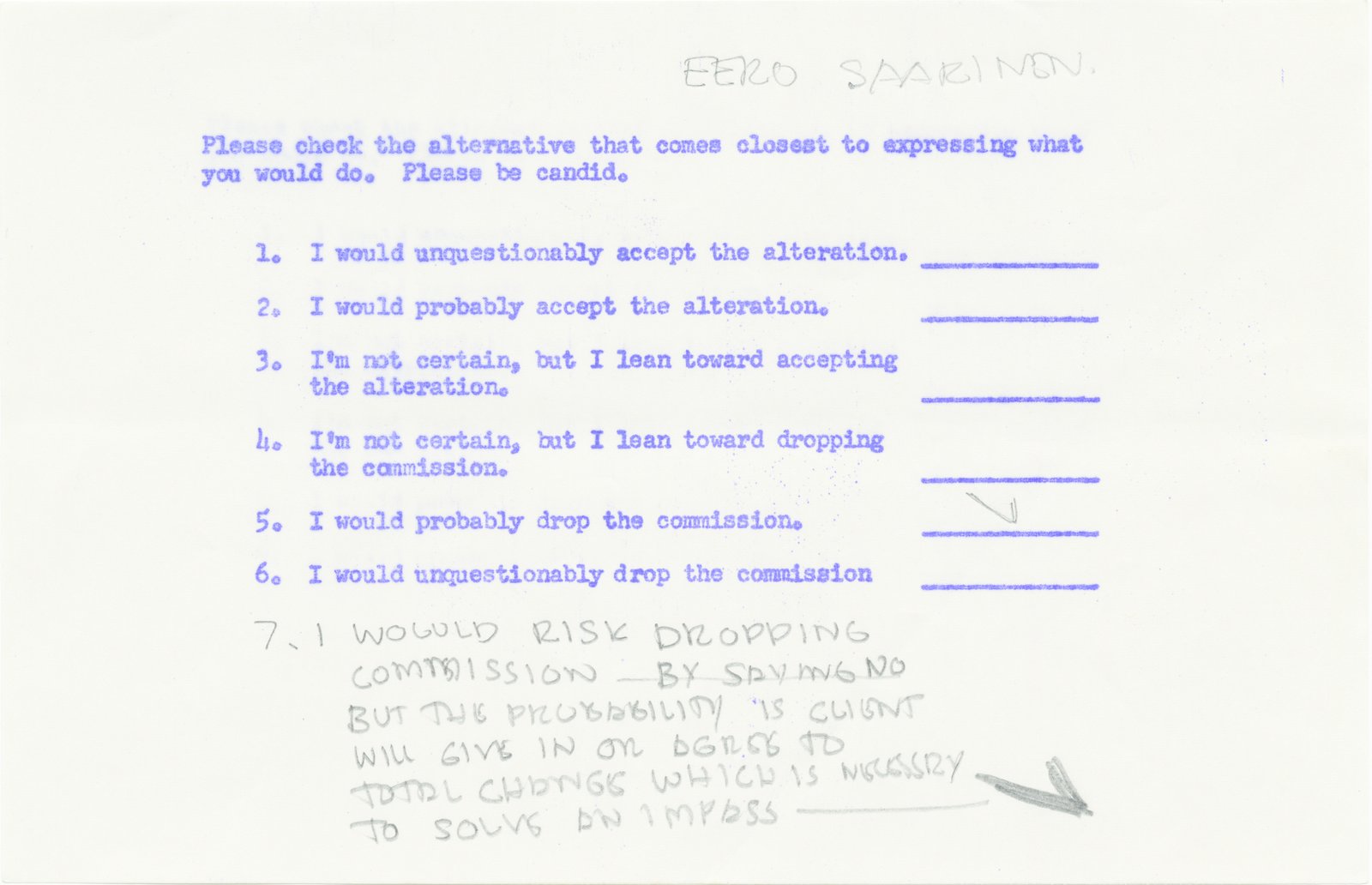 In groups of five, the architects discussed both the Third Arm Problem and the Ethics Problem. In the latter, a hypothetical architect named Mr. Brown has shown his plan to a client who is poised to accept the design, but on one condition: the client requires a change that conflicts with Mr. Brown's vision. Mr. Brown can't sway the client but wants to keep the project to broaden his reputation, keep his professional contract, and support himself and his staff. The architects wrote down what they would do in Mr. Brown's position, then debated among themselves to reach a consensus. The recordings of these sessions are revealing of personality: