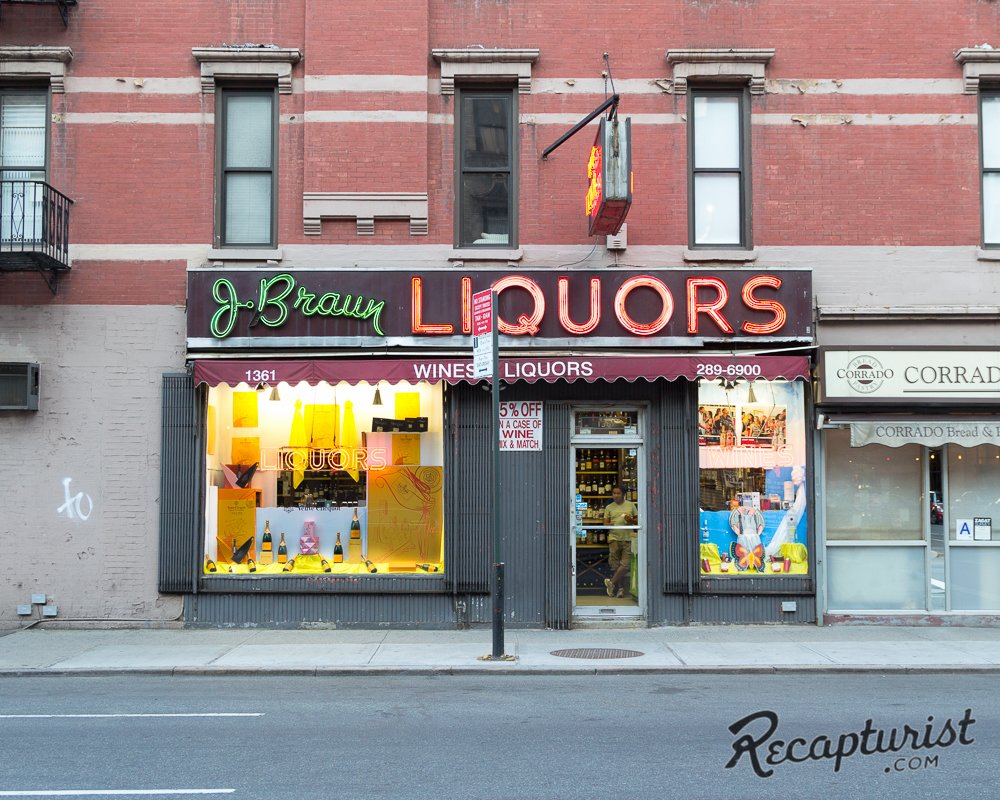 In addition to signs, Rose documents storefronts, like J. Braun Liquors in New York City. "Julius Braun was a Jewish immigrant who arrived in the United States from Poland with his family in 1921," he writes. "He was only seven years old at the time. City records indicate that the neon signage was installed in 1952. When Mr. Braun passed away in 1995, the store was sold to new owners who, despite changing the business name to ‘Uptown Wine Shop’, never updated the signage out front. No complaints here."