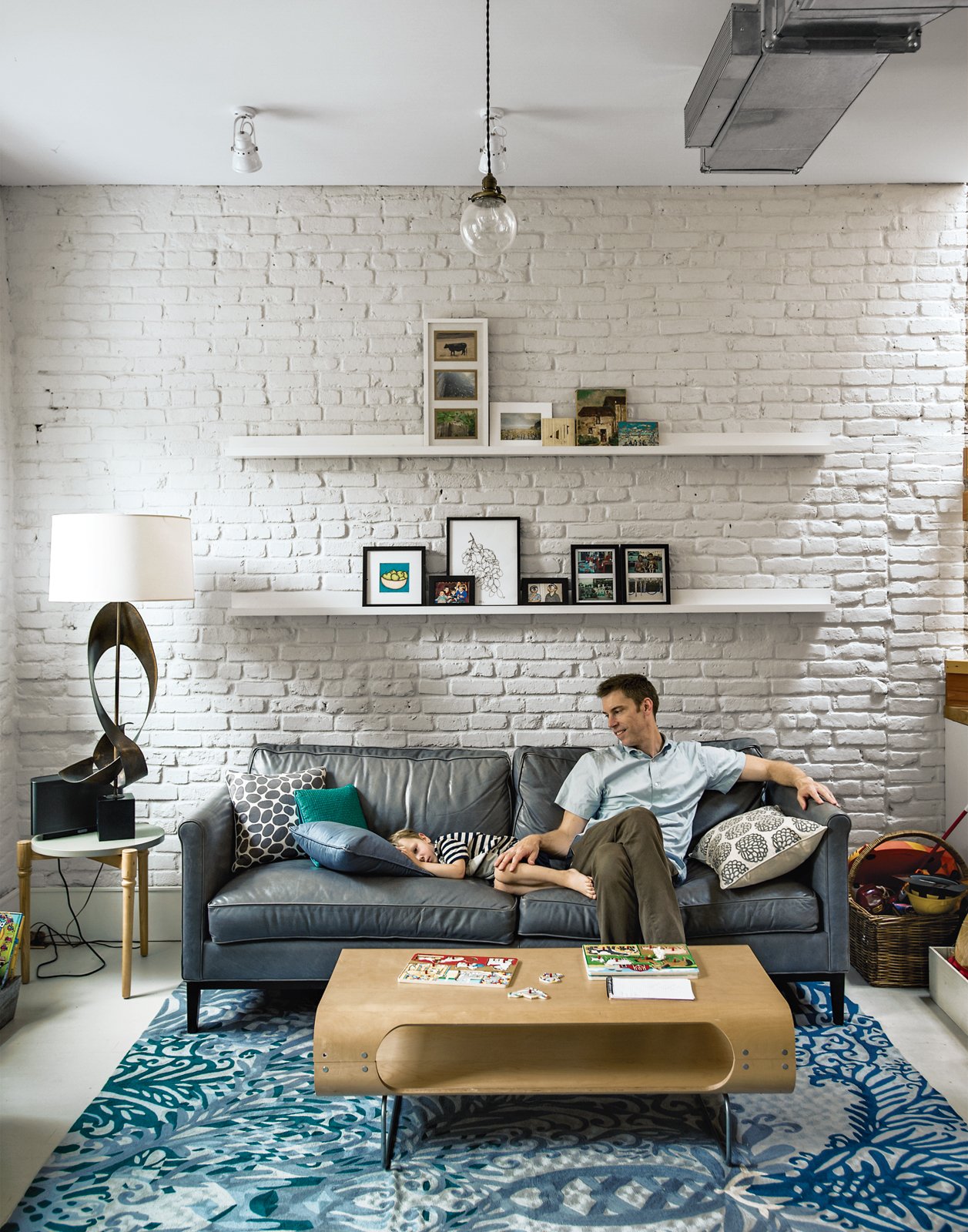 Bischoff’s team retained the exposed brick on the interior, painting much of it white to help the space reflect sunlight. “There was an interest in having an open, more contemporary layout, but we still wanted some sense of living in this building that’s 100 years old,” Bischoff says. “That motivated us a lot to keep the brick. It’s a very subtle echo of what the house originally was.” Enclosing the ductwork would have forced the architects to lower the ceiling or install a subpar air-conditioning system. So it was left exposed, contributing to the floor’s loftlike atmosphere. New meets old with the furnishings as well: An antique barbershop pendant provides contrast to a sculptural lamp and a rug from Anthropologie. Investment buys were made with budget in mind, like the leather sofa scored at ABC Carpet &amp; Home’s outlet store.