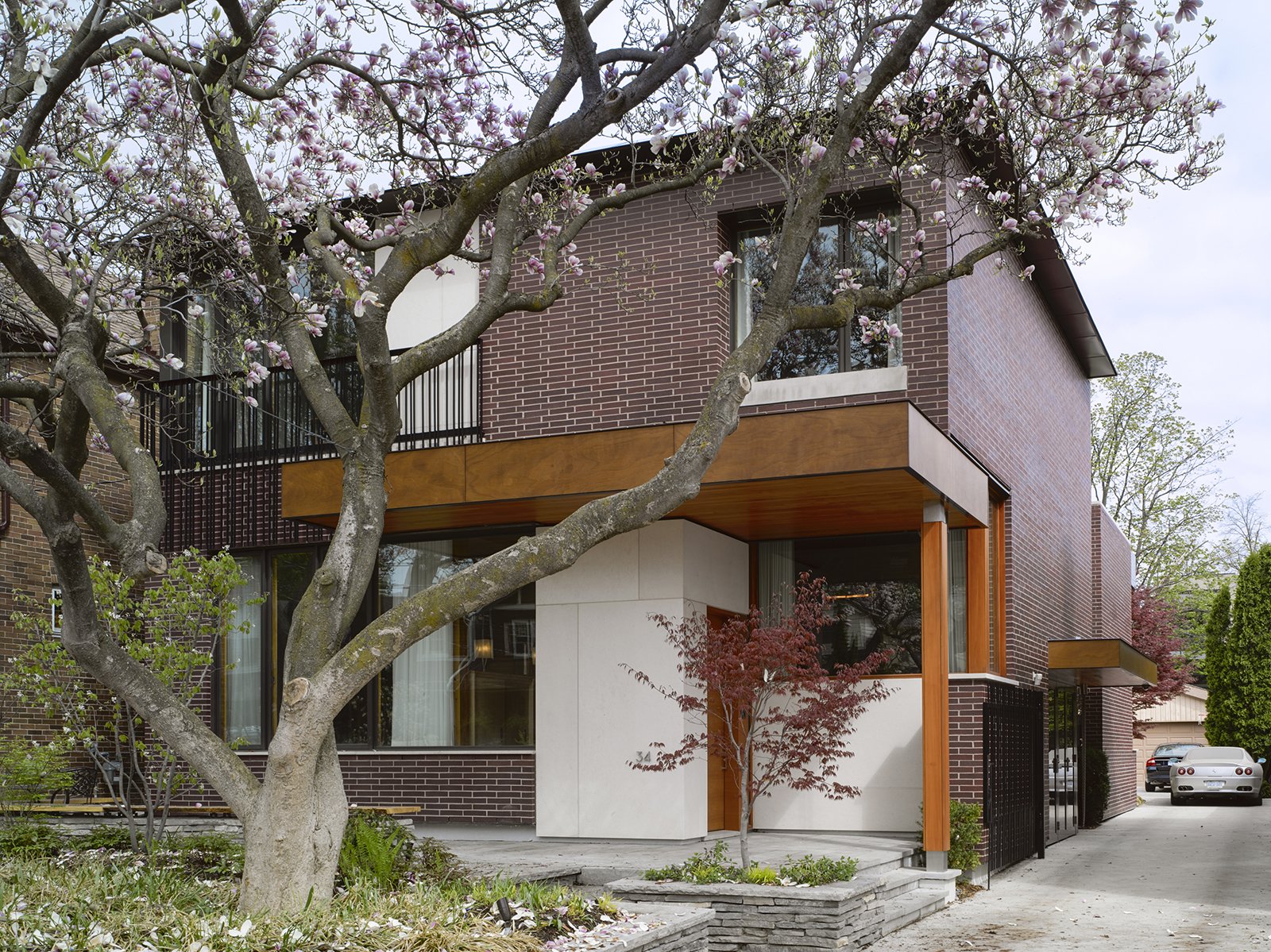 The house responds to its site. "The design was directly influenced by two mature, century-old magnolia trees in the front and a Japanese maple in the rear," Tedesco says. "The location of widows and main program spaces, such as the living room and master bedroom, were strategically placed to take full advantage of views of these trees. Because the trees are fully visible from the interior, seasons and the trees' yearly blooming cycles play a significant role in daily life—they're not just landscape elements. The window sizes and their locations were coordinated with the existing trees to take advantage of passive solar shading in the summer and solar gain in the winter months when the trees do not have foliage."