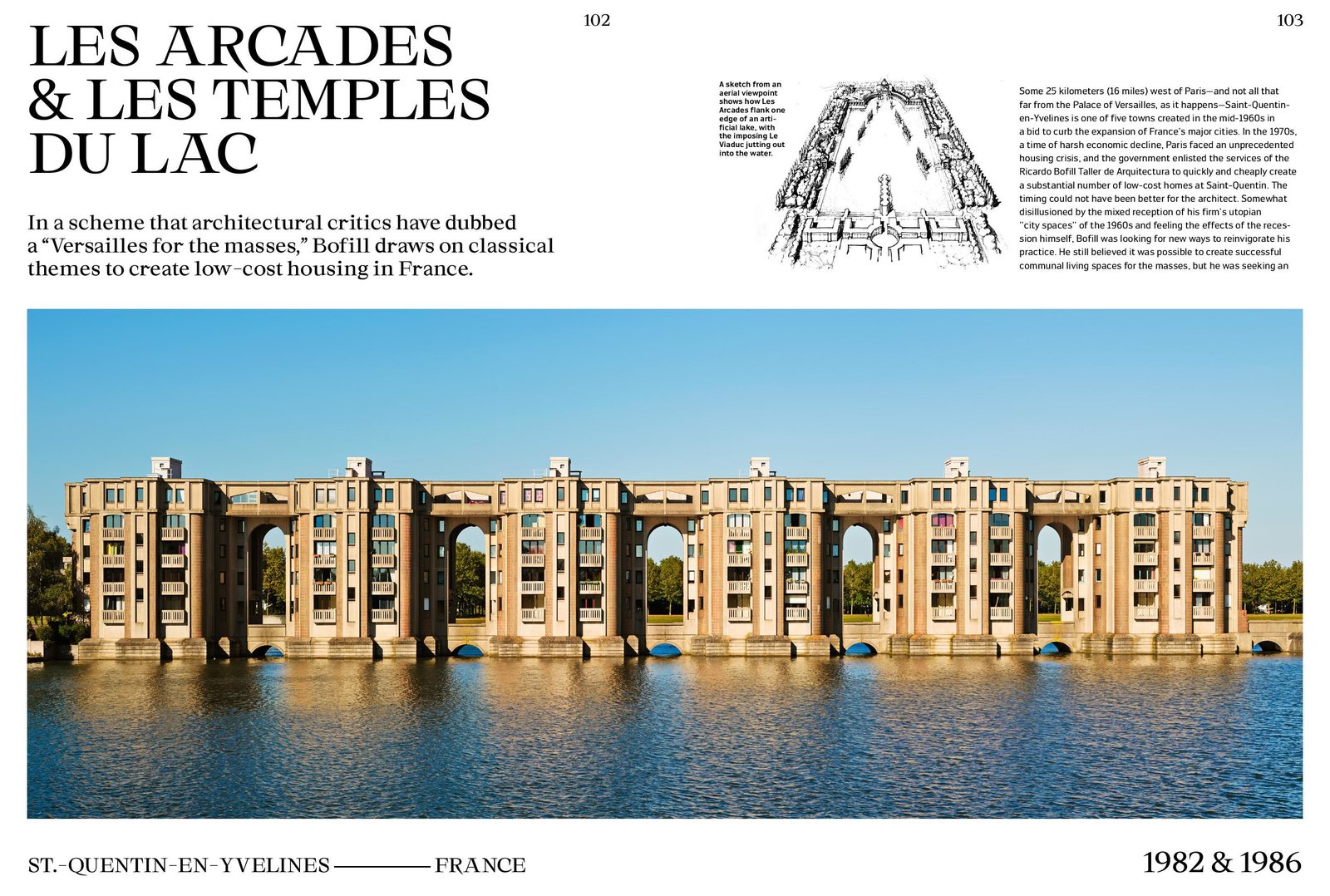 In Saint Quentin-en-Yvelines, France, Bofill designed this low-cost housing project in response to France's desperate need for more affordable housing during a harsh economic downturn. The scheme was executed in two phases between 1982 and 1986, and continued Bofill's interest in communal spaces and historic precedents: he used the formal gardens of the 17th century in France as inspiration of the project, whose two main sections are placed at either end of an artificial lake and follow a strict geometry. Each apartment has double exposures, allowing for views of the street on one side and an inner courtyard on the other.