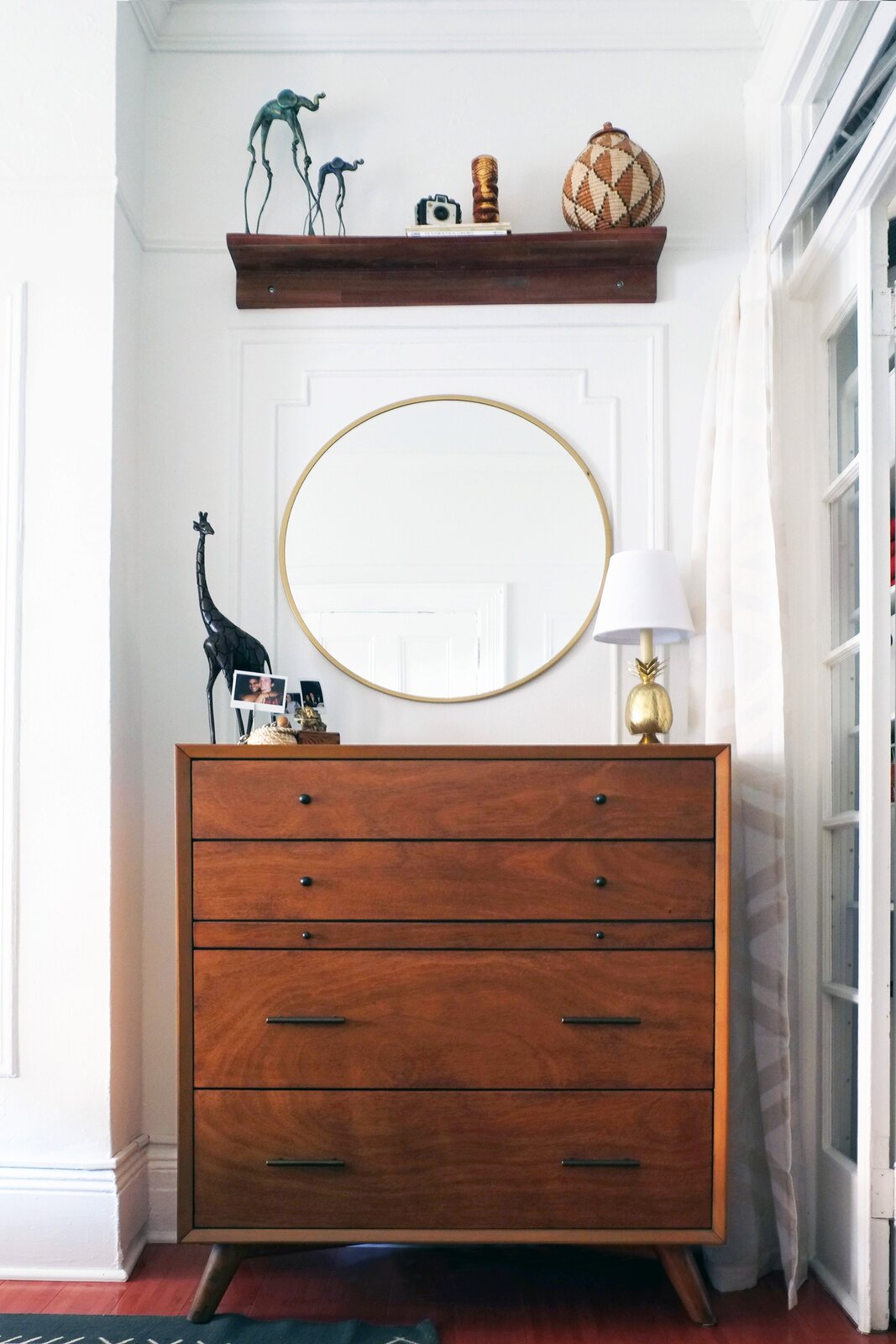 Much of the couple’s furniture is secondhand or from big-box retailers. They also invested in a few key midcentury modern pieces, like the chest of drawers in the bedroom. It’s topped with a pineapple lamp found in Jordan’s grandmother’s house, as well as items from Southern Malawi: a giraffe figurine from the Liwonde Game Preserve and a cedar box purchased at the foothills of Mount Mulanje. Jordan made the wall-mounted shelf that hangs above, which holds Salvador Dali elephants that Shalini bought on a trip to Pamplona, Spain; a basket made by local craftspeople in the Stellenbosch region outside Capetown, South Africa; and one of Jordan’s many vintage cameras.