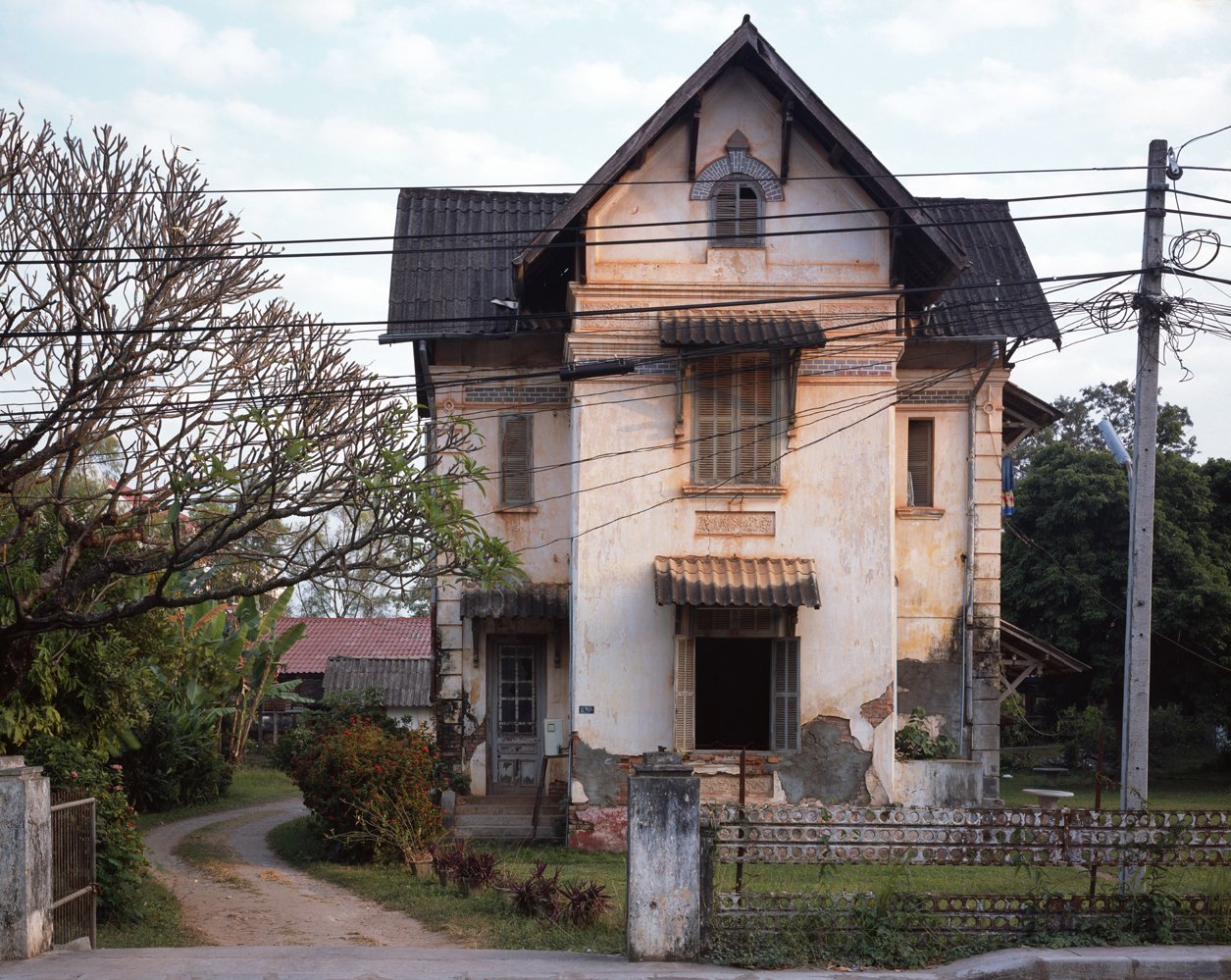 One of the things that struck me most when we first arrived in Vientiane was how so many of the old colonial houses were in such sad shape—it was like no one could care less. Slowly, I noticed that most were actually inhabited by families (Lao)—and often, more than one. Asking around, I learned that the predicament of these houses was very much in limbo; the government had taken possession of them in the years after the revolution (1975) as the owners began to flee. I was told if the former owners came back and showed proof of ownership there was a possibility of them getting their house back. I am sure few actually believe it. In the meantime, the tenants have no incentive to put their hard earned Kip (Lao currency) to fix something they don’t own and could be taken away from them at any time.