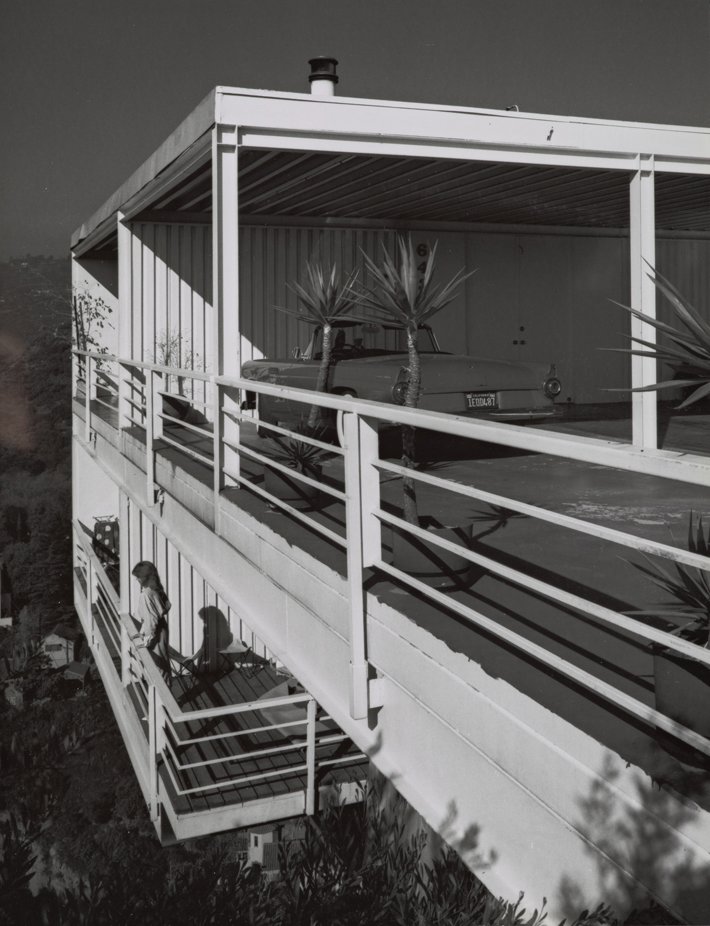 Pierre Koenig’s Gantert House was finished in 1981 and photographed by Shulman in 1986, around the time he attempted to retire. Situated above the Hollywood Hills on a lot originally deemed too steep to build on, the steel-and-glass case study–style house has 180-degree views. This is the last completed project by the architect. © J. Paul Getty Trust. Used with permission. Julius Shulman Photography Archive, Research Library at the Getty Research Institute (2004.R.10)