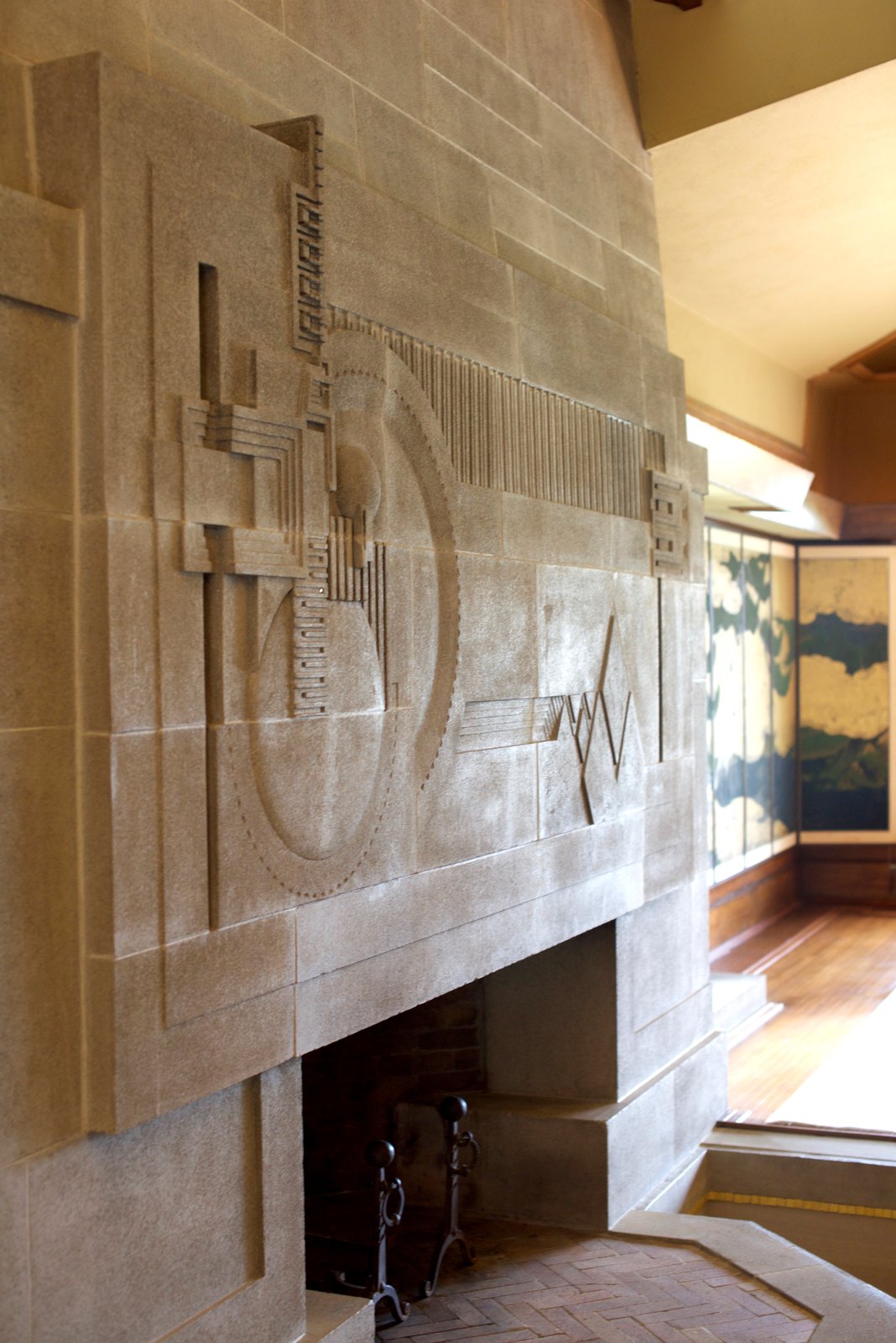 One of the standout moments in the space is the cast concrete fireplace, which is considered to be one of Wright’s greatest two-dimensional works of art. Depicting an abstract landscape, the detail is spectacular, yet leaves much to the imagination while incorporating a bit of the hollyhock flower. Wright completed the fireplace with a skylight above and a moat in front that was designed to hold a pool of water. This was originally part of an elaborate water scheme to run throughout the property, though it was never completed. Regardless, the fireplace thus incorporated the four elements of nature: light, earth, fire, and water—making it a brilliant vision, even if it never ended up the way it was fully imagined.