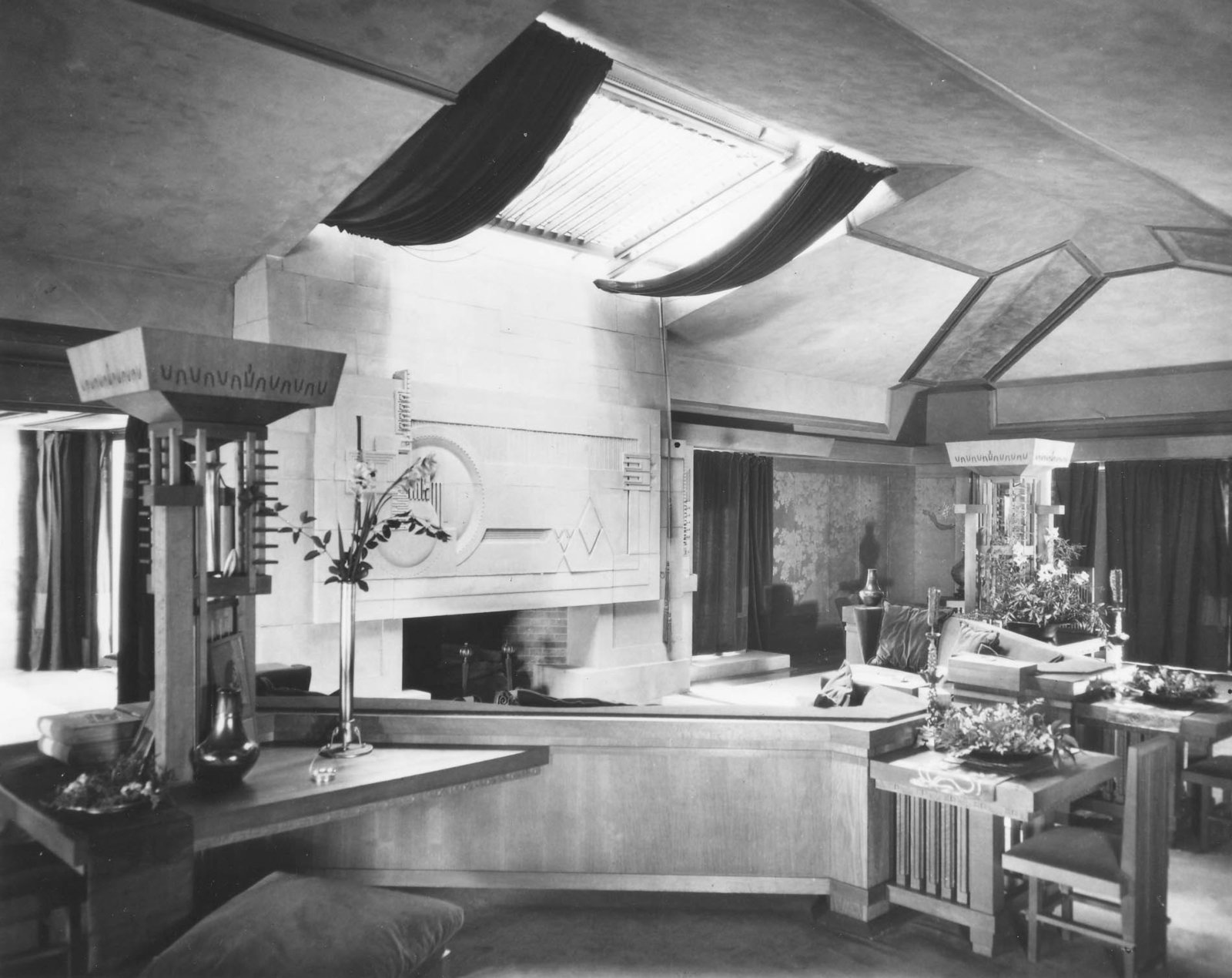 The Hollyhock House reveals Wright’s usage of an open concept plan and reminds us of how he was a master manipulator of space. As seen in this archival image of the living room, it became one of his most influential projects that spread the idea throughout the architectural community. Our tour guide—also known as our “docent”—described to us, “For Wright, compression was always followed by relief. After passing through low entry hallways and multiple columns, you then enter large open spaces through dramatic entrances.”