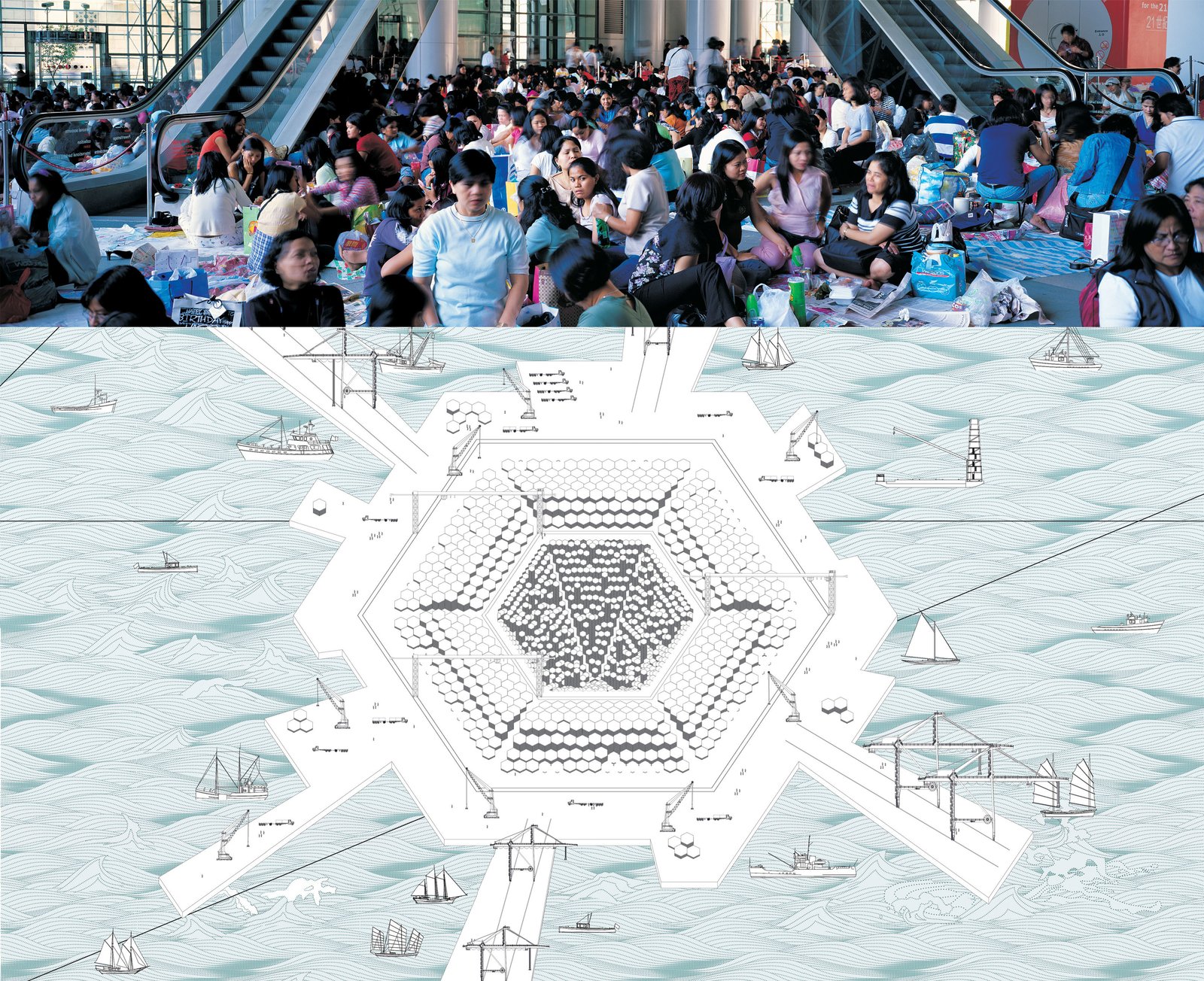 How does a city with one of the highest GDPs in the world, which sits on an archipelago of islands, absorb millions of new immigrants over time? According to the Hong Kong team, you invent new ways to expand. The Hong Kong is Land proposal would add eight new islands to the burgeoning city, which is "staggeringly dense," according to Kazys Varnelis of Network Architecture Lab, and barely has land left to legally redevelop or redivide.

While the hometown team Map Office designed the system of land expansion, Network Architecture Lab sought to address the politics of the situation with The New City Reader, a free newspaper that could be employed to create a tactical intervention and spark discussion and debate. Featuring provocative articles and features such as a Monopoly-like games that addresses issues of economic disparity, the publication is hoping to spark a debate around the kind of large-scale projects that may be required to fix some of these disparities.

"One of the things that's really broken is our ability to communicate," says Varnelis who has seen how the disparities on display in Hong Kong are mirrored globally. "That's one of the things we're really trying to address."