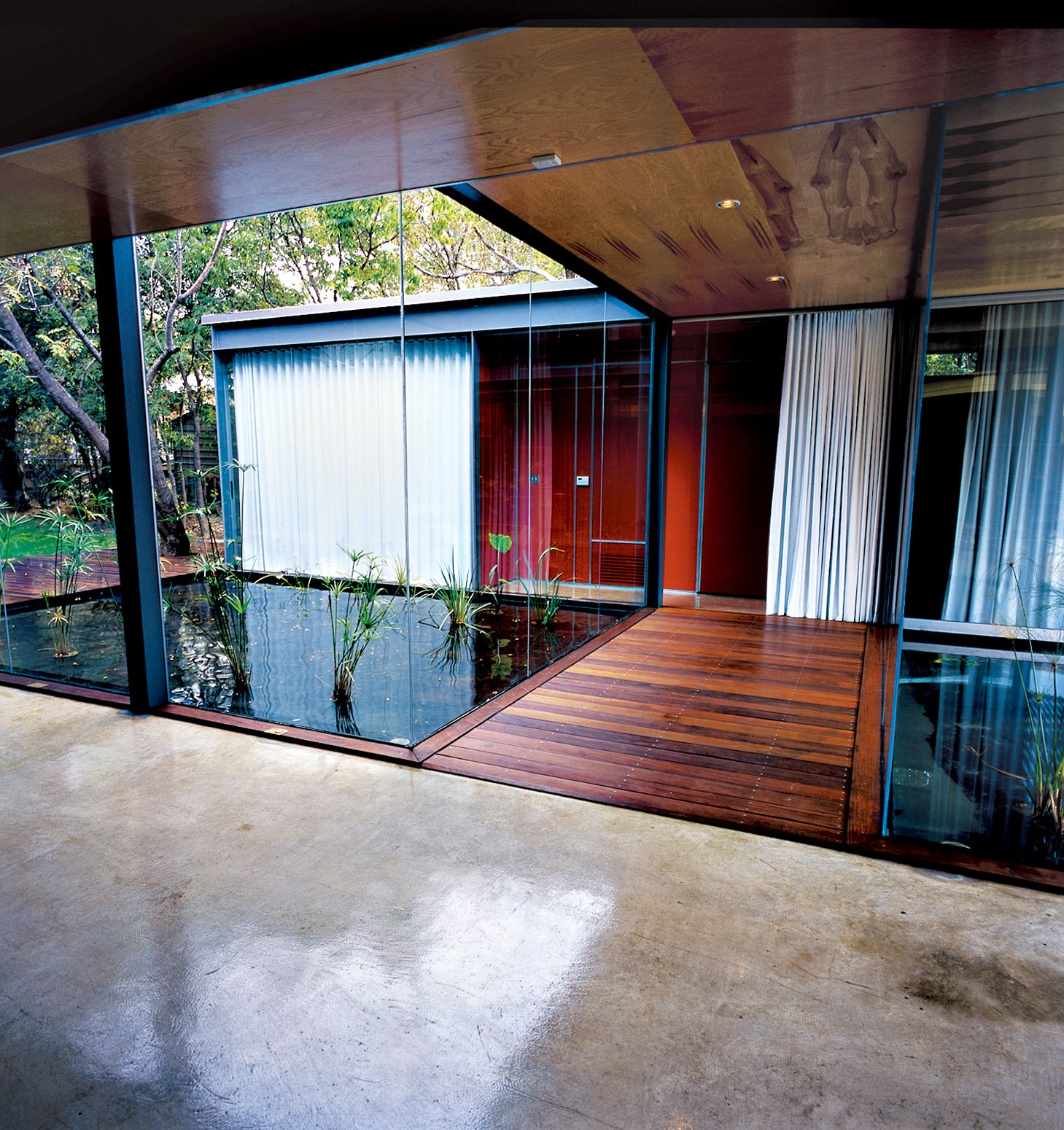 The exterior walls of the Bercy house are constructed with Thermasteel, panels made from galvanized-steel and a unique resin that provides structural framing, insulation, and vapor barrier with a R-29 rating that's twice the required amount. "We have so much glass that we have to offset it by having very efficient ceiling and wall systems," says Bercy. "We wanted movable glass walls instead of tiny little sliding glass doors that pop off their tracks all the time," says Bercy. So he and Chen tracked down the double-glazed, insulated, six-by-nine-foot doors from a company called Fleetwood. "They’re a little more expensive, but when you slide the heavy doors open, you’re making a profound gesture to leave the house and step outside," says Bercy. The word "doorknob" isn’t used much around the house for the simple reason that there aren’t any. "We didn’t want to clutter the house up with traditional hardware," says Bercy. Instead, they used pulls found in boats that lie flush when not in use so that the doors become hinged extensions of the walls—the idea being that the door disappears and the core appears continuous.