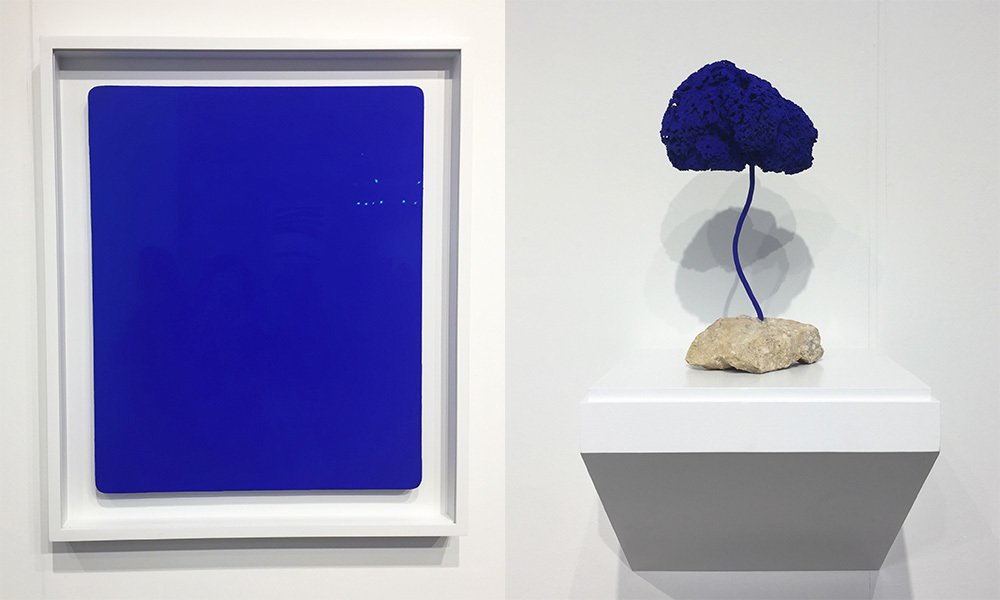 For those who are admirers of French artist Yves Klein (1928–1962), this intense shade of blue could be spotted a mile away. Along with paving the way for French Pop art, he was most notably known for his work with this powdery, ultramarine pigment, which he patented as “International Klein Blue.” With locations in London and New York, Lévy Gorvy gallery presented two of his signature pieces. Shown on the left is Untitled Blue Monochrome from 1960. Shown on the right is his Untitled Blue Sponge Sculpture from 1959.