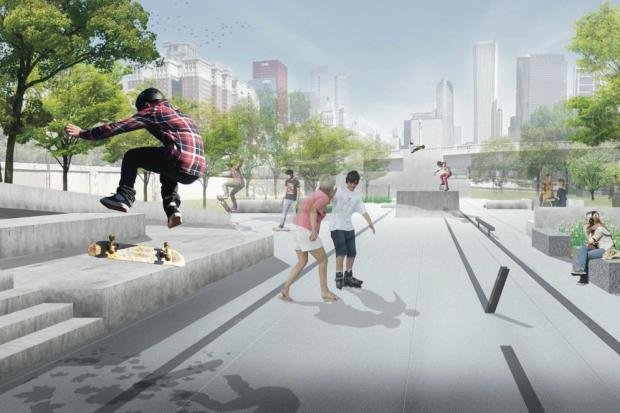 While the Chicago Park District Board just approved the plan last week, there’s still a lot of work to be done on the estimated $2.5 million project (a deadline to utilize money from a TIF, or tax increment finance district, means the project has to be built this year). It’s been a long time in the making, according to Alan Butella, owner of local skateboarding company Character and one of the community representatives who’s worked with O’Neill.

“It’s the biggest project for skating the city has taken on,” he says. “It’s been a big pipe dream to build this park.”