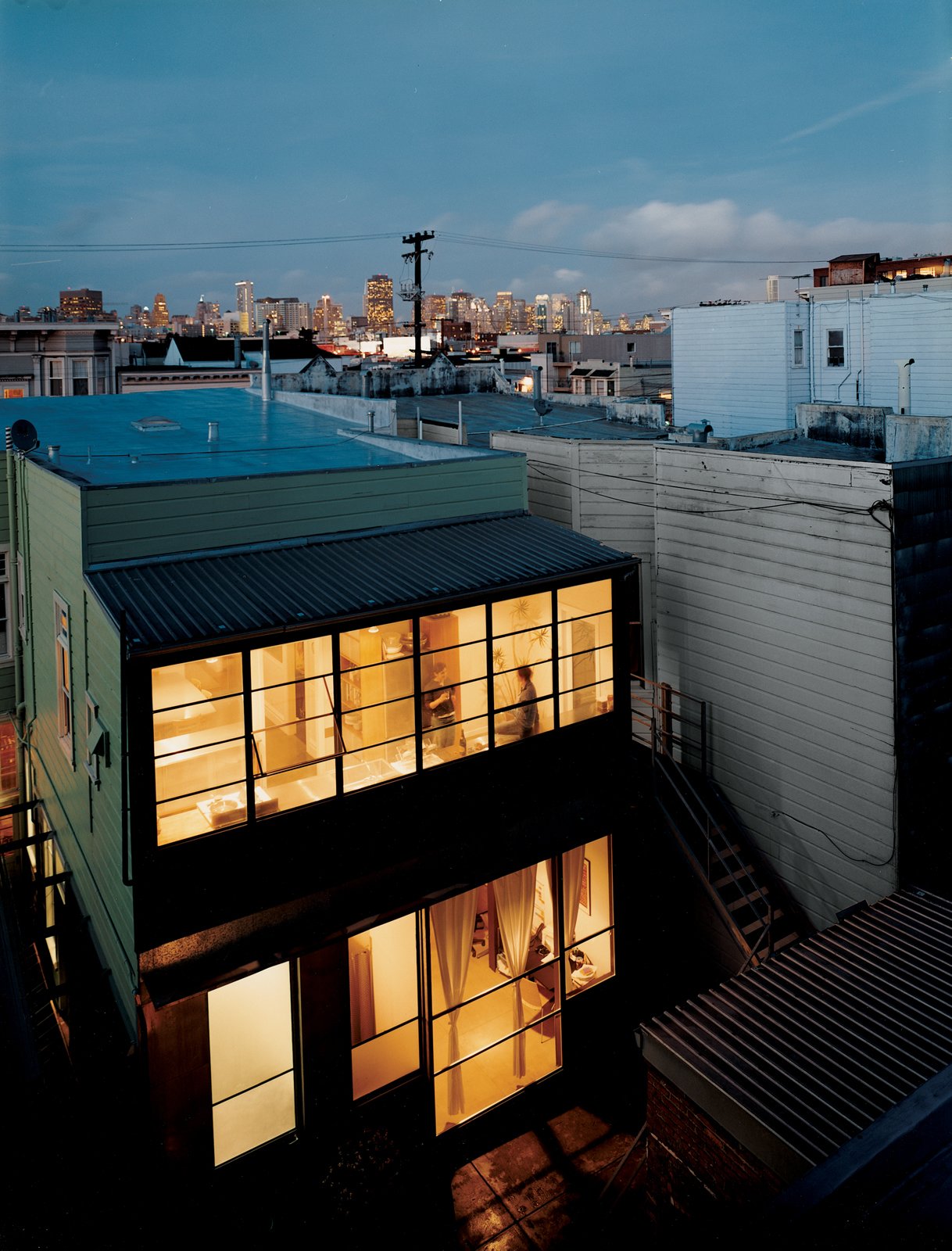 If there were a theme song for architect Christi Azevedo’s rehabilitation of the crumbling 1885 abode she purchased in San Francisco’s Mission District, it would have to be “Love the One You’re With.” Instead of an extreme makeover, the self-described modernist undertook a thoughtful refurbishment—–preserving trim,

retaining the layout, making furniture from framing lumber excavated from the site, and fabricating new elements as needed. Musing on the Victorian hybrid that she shares with her partner, Katherine Catlos, Azevedo notes, “I think the world will look more and more like Blade Runner, where you have an old Chevy Nova as well as some crazy thing flying through the air. There’s room for both.”