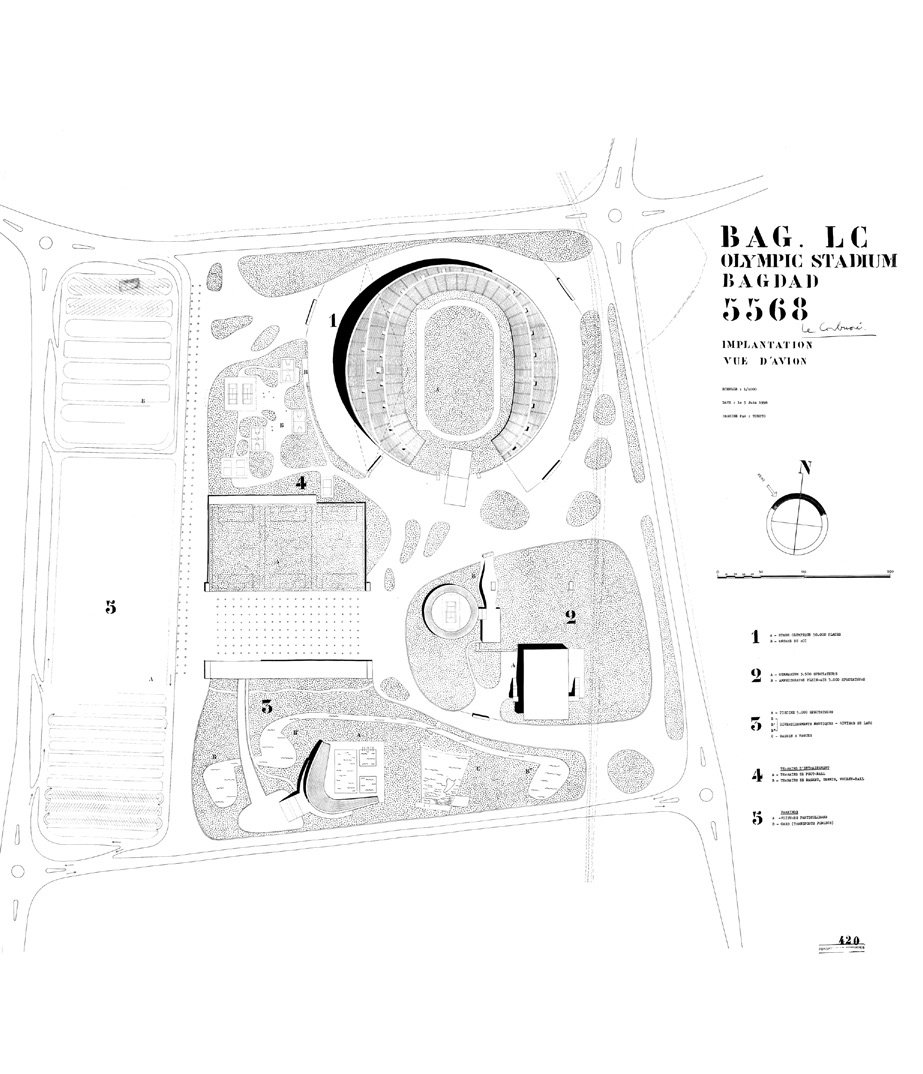 Mid-century greats like Le Corbusier, Wright, Sert, Gropius, Aalto and Gio Ponti were invited by King Faisal II in the 1950s to participate in the remaking of Baghdad’s modern image. Baghdad was back then a place of development, as the young King Faisal II—educated at Harrow in England and crowned in Iraq at 18—began to invest oil revenues from petroleum exports into infrastructure projects that would put the capital city back on the map. His short-lived reign as an idealistic teenage monarch may not have left much for the history books, but he did succeed in bringing in some of the world’s greatest architects to contribute to Baghdad’s urban plan.