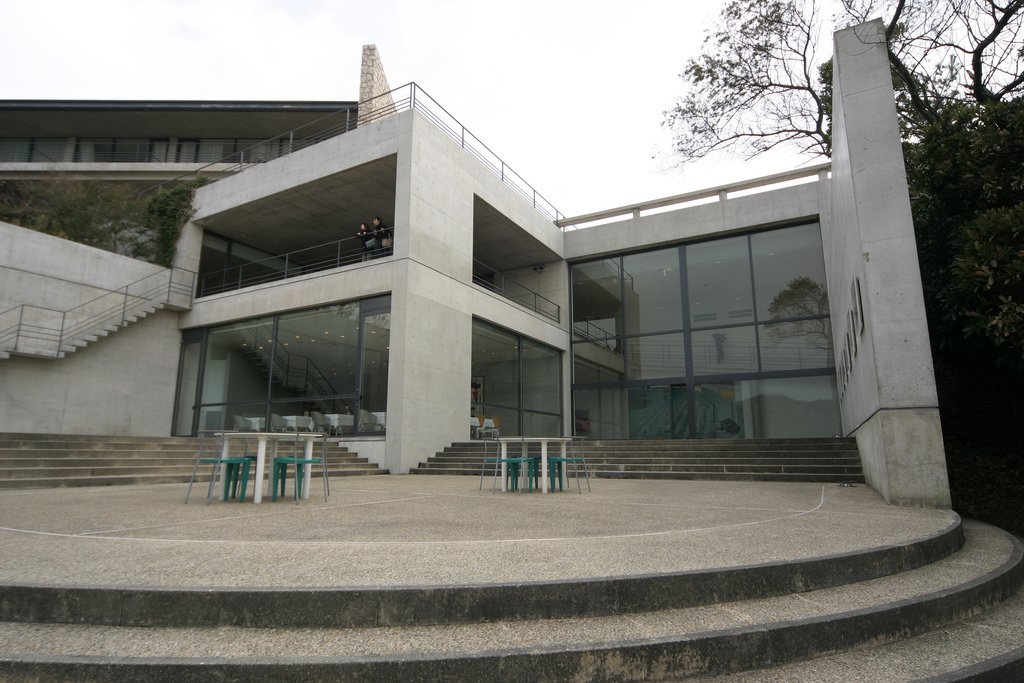 The Benesse Art Site Naoshima, located on Japan's Naoshima island, was concevied in 1985 thanks to a collaboration between a wealthy businessman and local mayor. Benesse - combining Latin's words for "well" and "being" - describes the site's complex aim of promoting connections among art, religion, nature, and education.

Among the site's holdings are the Benesse House (above) and the Chichu Art Museum (two slides ahead), both of which were designed by Japanese architect Tadao Ando. His iconic use of concrete is in full view at the Benesse House Musuem (completed 1992) which holds numerous artworks.