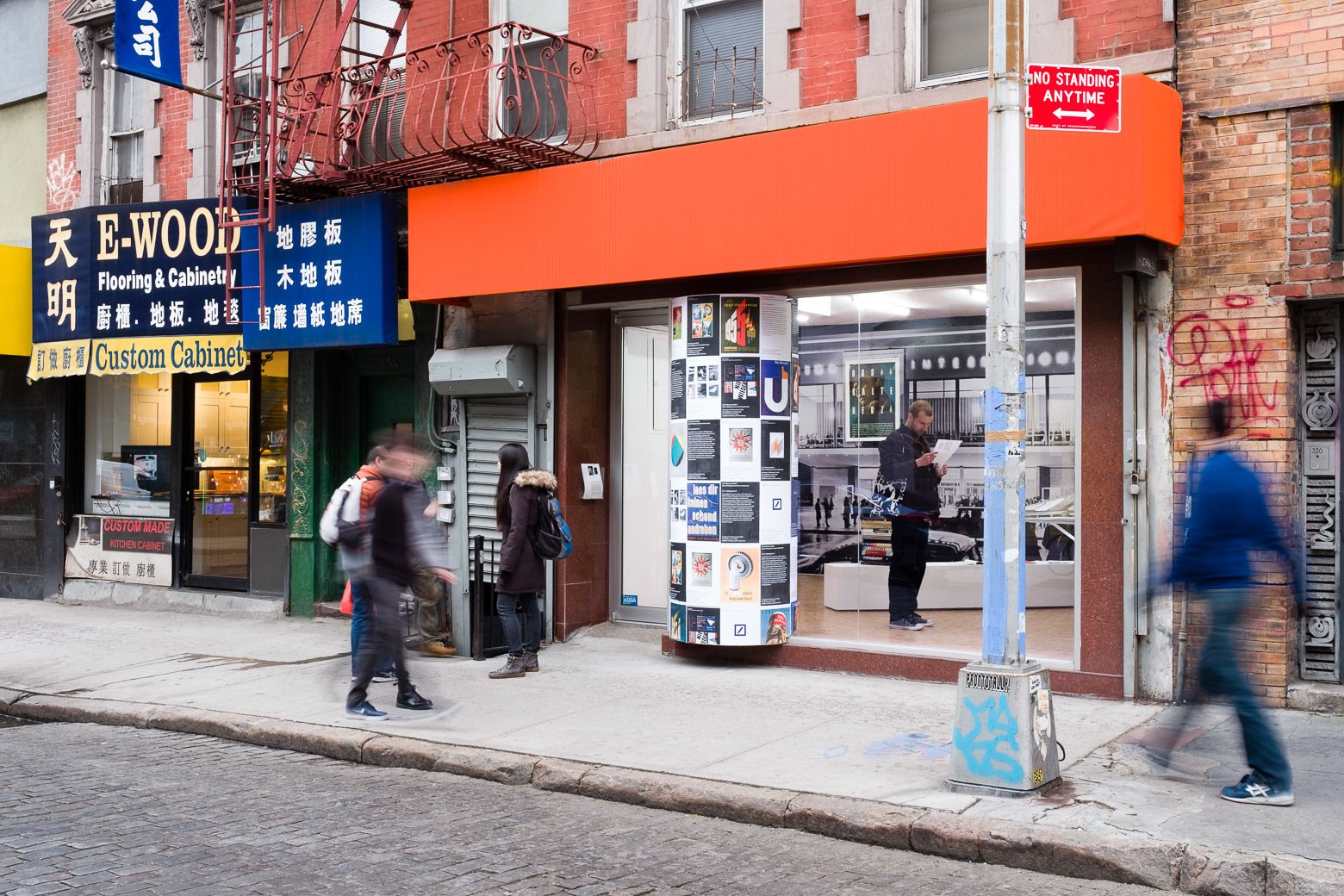 As part of the exhibition display, Krishnamurthy installed a large poster column that protrudes from the gallery's storefront facade. "Klaus Wittkugel believed in the street as a primary context for graphic design: a large portion of his work consisted of posters, meant to catch your eye while walking. As P! is in Chinatown and has a very public presence, I decided to extend this gesture and make it a key feature of the exhibition," he says. "In Berlin, you still see a lot of Littfasssäulen, a distinctive and typical kind of poster column. Together with Cay Sophie Rabinowitz, curator of the parallel exhibition on Anton Stankowski at OSMOS, I conceived an installation that would display reproductions of work by the two Cold War designers together. There is also a second poster column at OSMOS, which is the 'umbilical cord' between these two otherwise independent exhibitions. The installation echoes Wittkugel's own approach to his retrospective exhibition in 1961, when he covered the poster columns in the city with a selection of his past work, along with the posters announcing the show. Artist Maayan Strauss had the brilliant idea of making the poster column 'break out; of the gallery, so that it seems to literally cross over a border. Wittkugel's first job was as a window-dresser, so it's an appropriate homage to have this kind of attention paid to the storefront window."