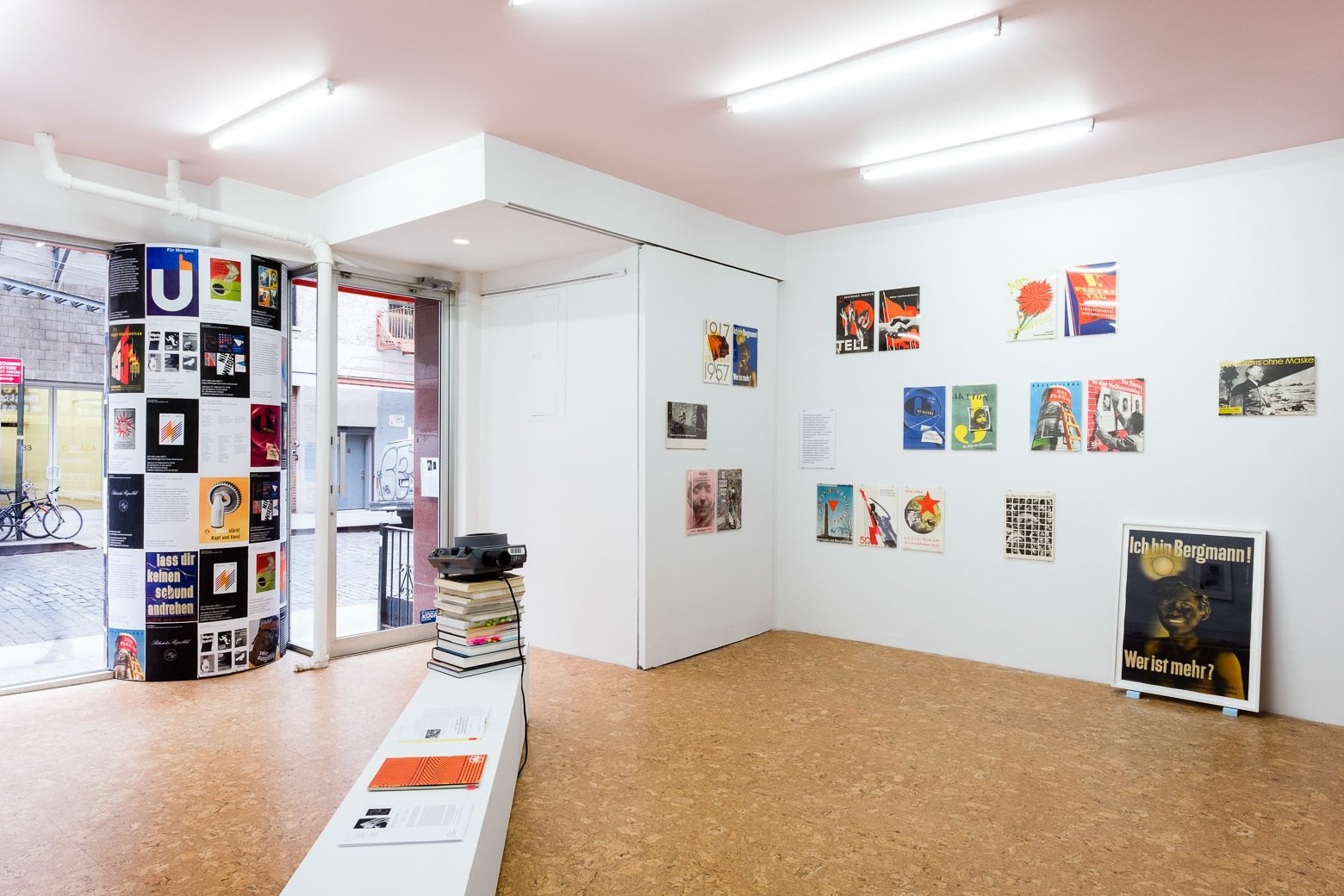 "P! is a particular space: a so-called 'white cube' designed by architects Leong Leong, but with its own peculiarities. Furthermore, the ceiling is a site-specific work, Pink Ceiling, 2015, by Julie Ault and Martin Beck. The layout of the gallery is a quirky open-square, which is reimagined for nearly ever show," says Krishnamurthy, who launched the gallery in 2012. "I've used the space to its full advantage here, as I'm fitting a mini-retrospective of almost 50 years of Klaus Wittkugel's work into a single room. Each section of the show is installed in its own manner; they coexist in the space together. Out in the front of the gallery, I've 'exaggerated' an existing column by sheathing it with a cardboard column that is wheat-pasted with reproductions of works by both Klaus Wittkugel and his West German contemporary, Anton Stankowski. It's a comparative treatment, an art historical argument, in physical form."