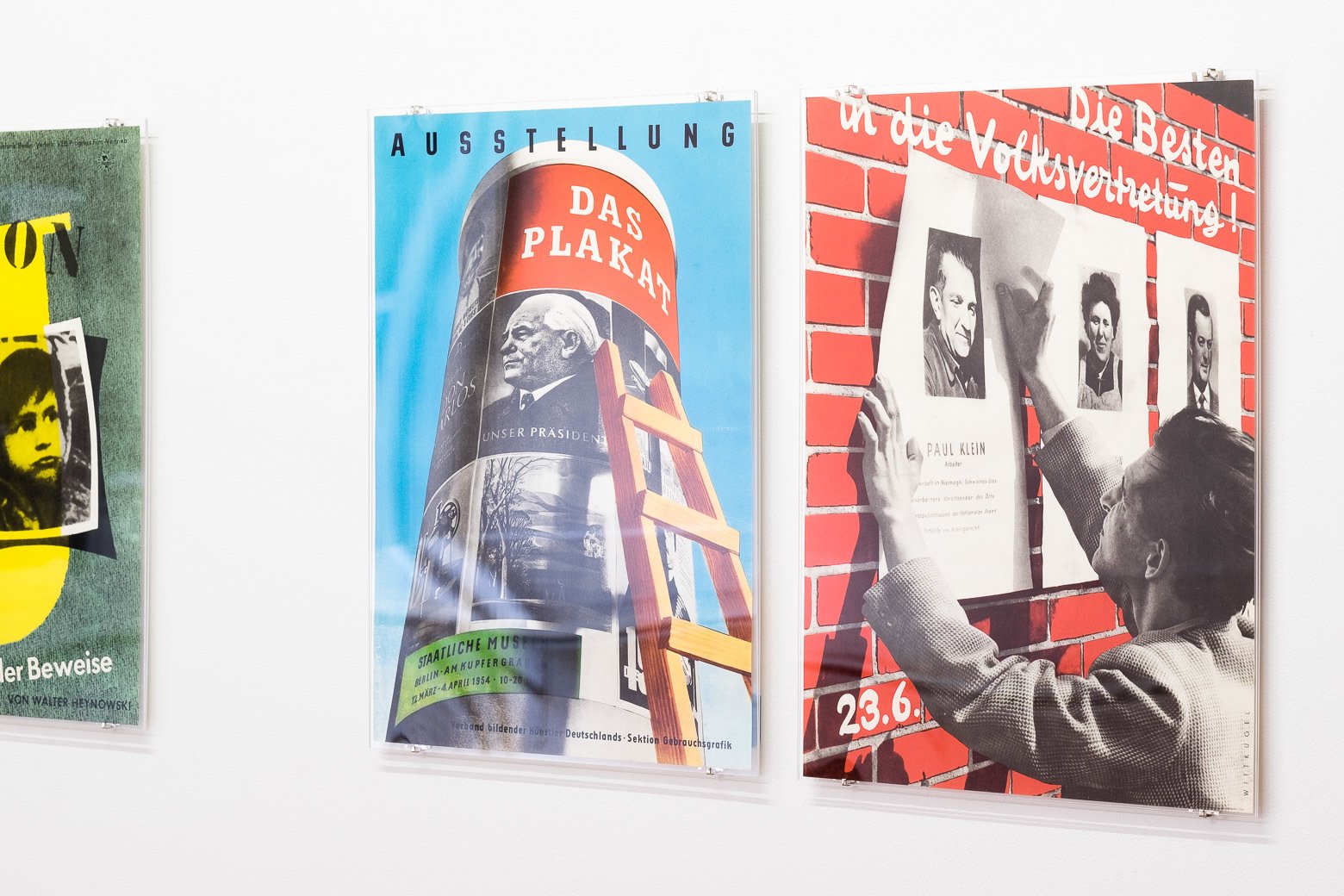 "One aspect of Klaus Wittkugel's work that always fascinated me is his self-reflexivity about the process and labor of graphic design," says Prem Krishnamurthy, director of the experimental New York gallery P!, where he has just mounted a show of works by the East German designer. He first began researching Wittkugel eight years ago, when he discovered a book of his work in a Boston bookstore. "In the poster Das Plakat from 1954, an exhibition of international posters is communicated through an image of a poster column, just moments after someone has finished wheat-pasting it. The 1957 political poster on the right calls for citizens to run for a local council. It represents a scene-within-a-scene: a worker putting up posters for other candidates as the poster itself."