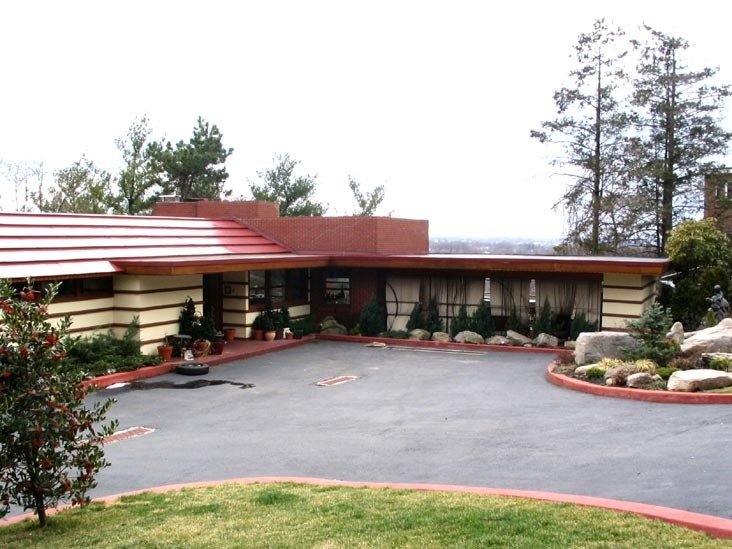 New York City boasts only two Frank Lloyd Wright structures: the Guggenheim Museum, and this modest prefab on Staten Island. The Cass House was built according to the Prefab #1 plan he designed for Erdman's prefab company. According to the New York Times, "It was built late in his life from a plan for prefab moderate-cost housing. The components were made in a Midwest factory and shipped to Staten Island for construction under the supervision of a Wright associate, Morton H. Delson... Wright had planned to tour the Staten Island house, but shortly before his scheduled arrival he became ill and died at age 92 on April 9, 1959." [Photo via Bridge and Tunnel Club]