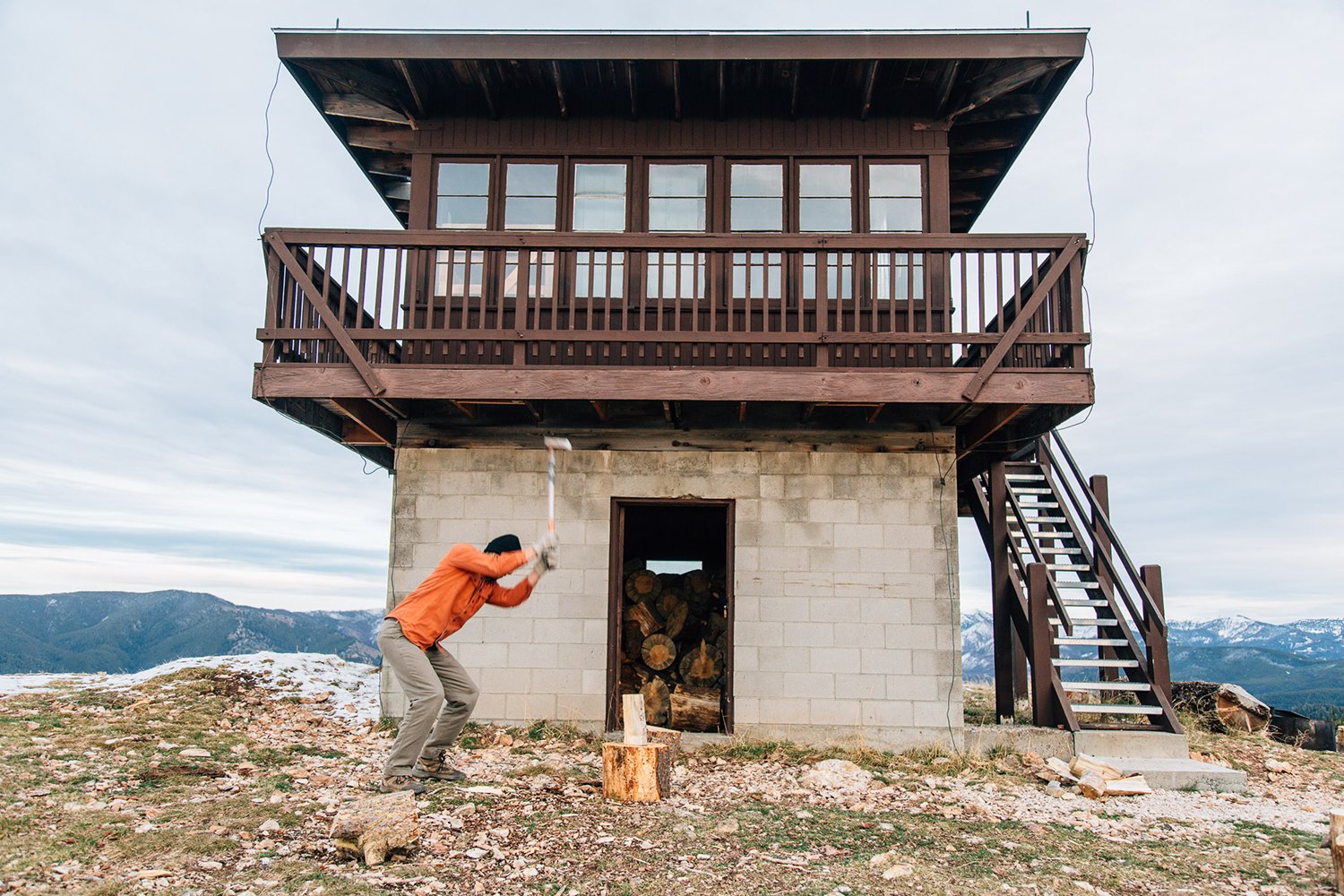 Located 18 miles south of Bozeman, Montana, this fire lookout on Garnet Mountain is one of the last remaining towers in the region. During the 1930s, fire lookouts were constructed all over the country by the Civilian Conservation Corps as part of a broader public works initiative. Their primary function was to rapidly identify and report wildfires to the US Forest Service, but during World War II they also took on the additional role of enemy aircraft spotters.