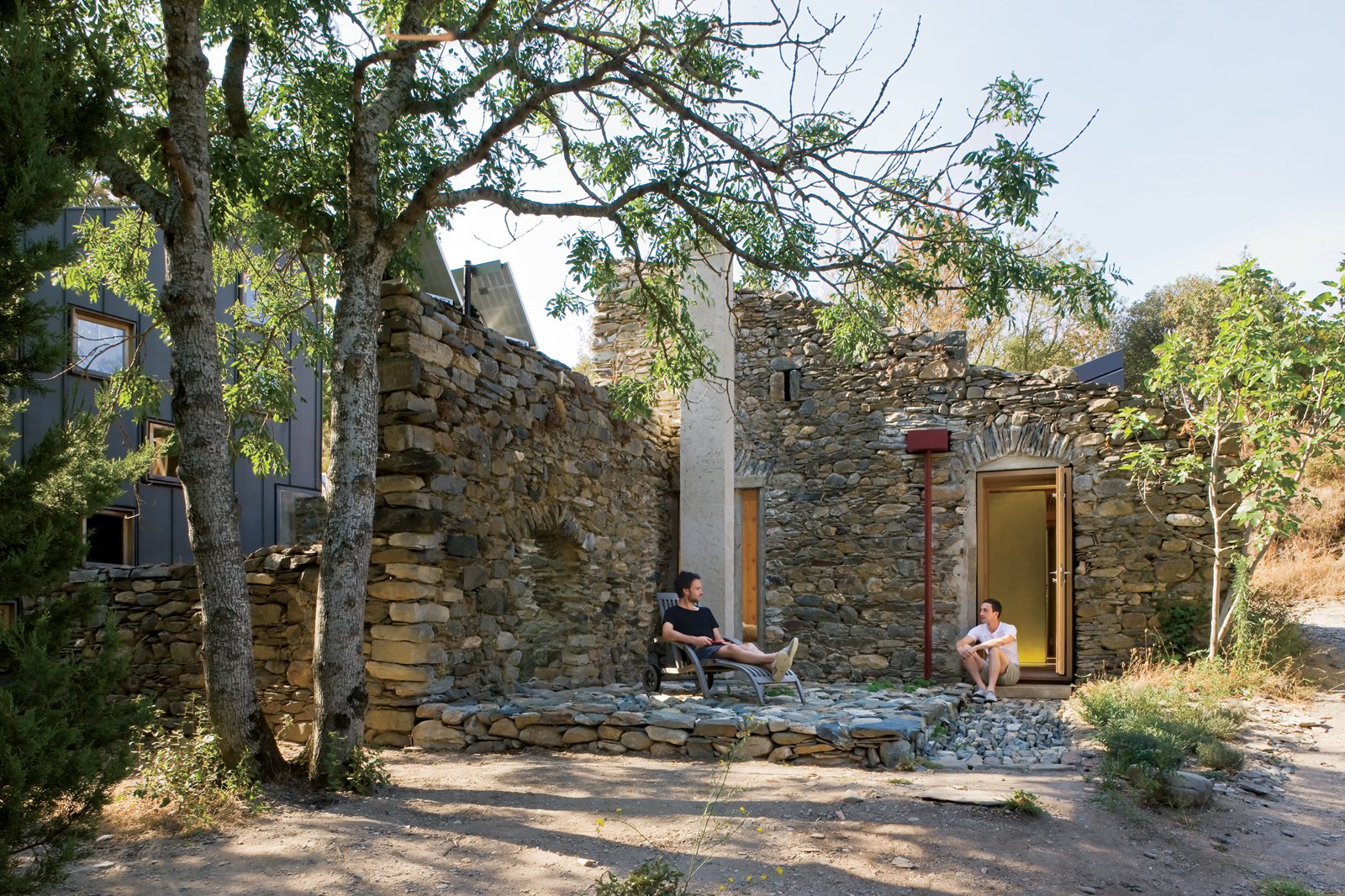 "We really wanted to capture the ruinous quality of this old building rather than do something overtly new," Blee says. Before construction could begin, however, he and Halligan had to patch the remaining walls using stones found in the nearby river. Wherever a wall had collapsed, the designers inserted framing to create windows and doors. For the roof, they turned to the original tiles. "My father's terrible at throwing things away," Blee says. "We took the tiles off 30 years ago, as it was too dangerous to have them up there. They've been sitting in the fields ever since, and this was out last chance to use them."