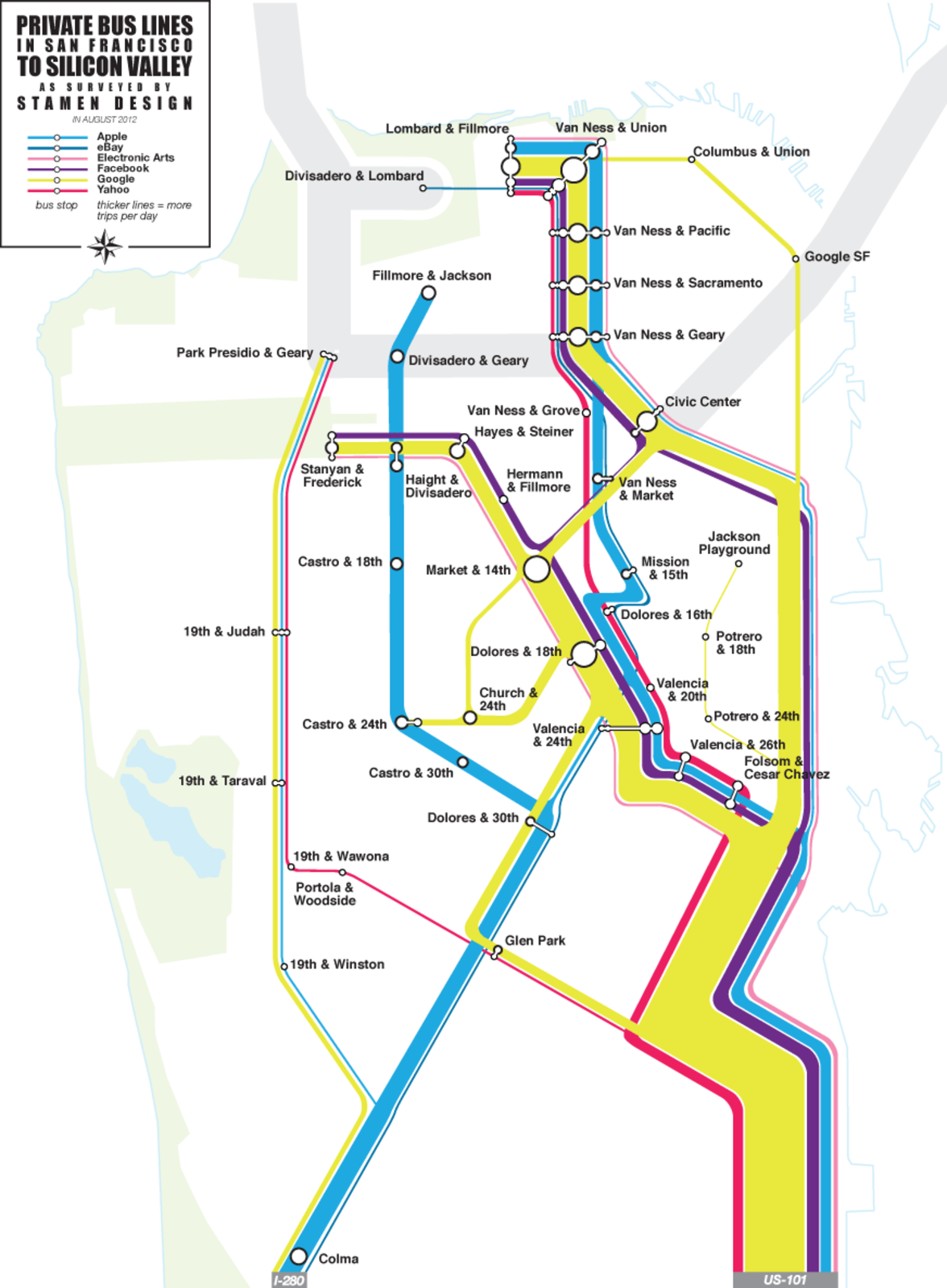 A contentious topic in San Francisco has been the use of private commuter buses used to transport employees between their residences and offices. "The Stamen shuttle map initially set out to map the routes and frequency of buses operated by tech companies like Google and Apple," Arieff says. "Little did the folks at Stamen know that their map would come to function for many as a visual document of Bay Area gentrification—and that real estate agents would use it to market their properties."