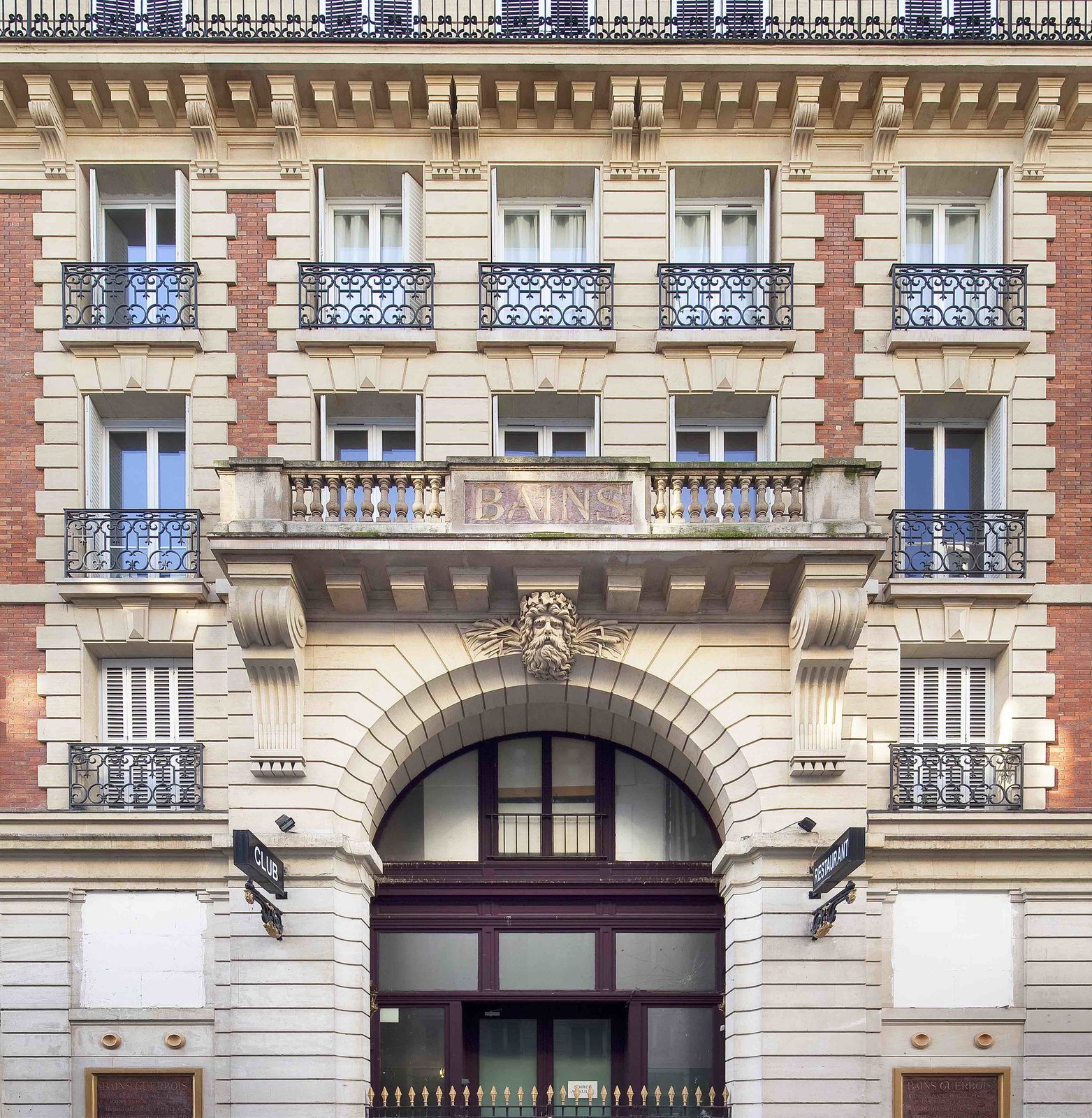 Les Bains in Paris’ Le Marais district has an epic cultural history—to say the least. In 1885, Les Bains Douches became Paris’ first and most popular bathhouse and was known to host Marcel Proust on a regular basis. In 1978, it was turned into a nightclub that became the ultimate scene where every influential star made appearances—from Prince and Mick Jagger to David Bowie, Karl Lagerfeld, and Andy Warhol. After it closed down for five years, it was reopened in 2015 as a 39-room hotel that hosts an Artists’ Residency program that's curated by Magda Danysz.