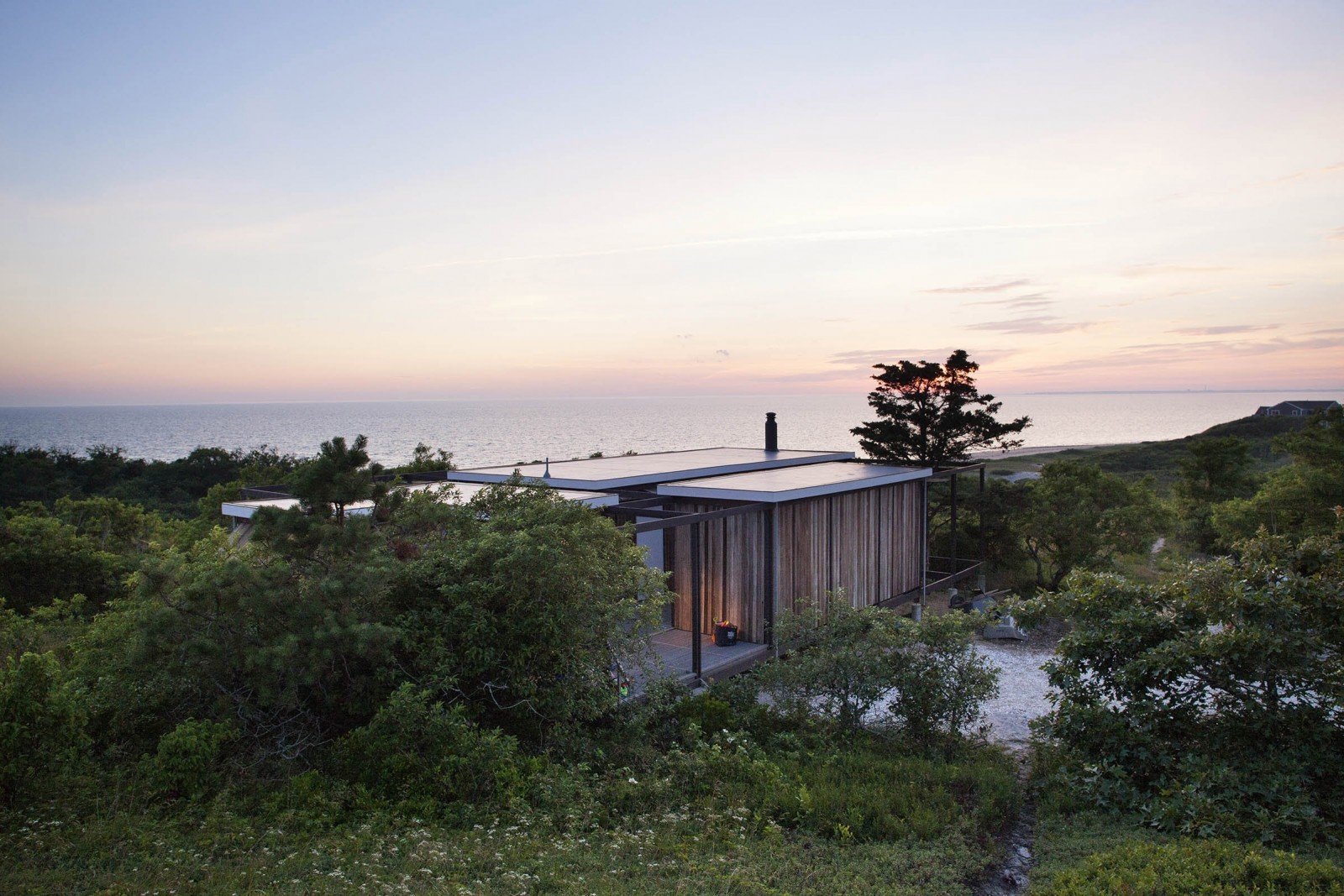 Originally designed by Jack Hall in the 1960s for Robert Hatch, an editor of The Nation and his wife, the "experimental cottage" is actually a series of separate cubes that are connected to a large central living area via outdoor decks—constructed in such a way that the cottage looks as though it's floating slightly above ground. The home is designed with sweeping views of the Outer Cape and is near some of the highest-rated beaches in the continental U.S.